Oil Painting (15″x12″) with in progress shots of Javon’Wanna’ Walton… who will be massive in the world of boxing and gymnastics he is already at the age of 13 making big waves. He is also an Actor who starred as ‘Ashtray’ in the HBO series ‘Euporia’. At the moment he is in production as a leading role in a Balboa-production starring along side Sylvester Stallone in the super Hero film ‘Samaritan’.

Loved specially painting this as a gift for the young actor. I later received a photo of him holding the finished portrait… see photo.

I wanted to achieve a motivating paint of him… I searched all his photos on Instagram and eventually was happy with two reference images, one of the background and the of Javon. I initially photoshop’d them together and sent it to Javon via his father for his approval. Though it best, as he is so young, to work though his father on all matters.

Started first with the basic outline.  As there was a lot of detail in the portrait I decided it best to grid out the canvas to help me find the rough position of all the elements. Once in I eye balled the rest to get the feel of his character and feel that he belonged in the background.

Starting with the paint, I painted two coat of colour for the background making it slightly blurred so that would make Javon stand out more.

Next was the flesh tones and T Shirt etc. the first coat I didn’t worry about detail so much just needed to make sure every thing was in the right place and felt right before adding the final layers.

It fascinates me that the more I keep out of the way and allow the muse to flow with me… the more the painting seems to paint itself. It is all about the feel… the details just happen.

It was an honour to paint this portrait for him. I loves how it turned out too, which means a lot to me. 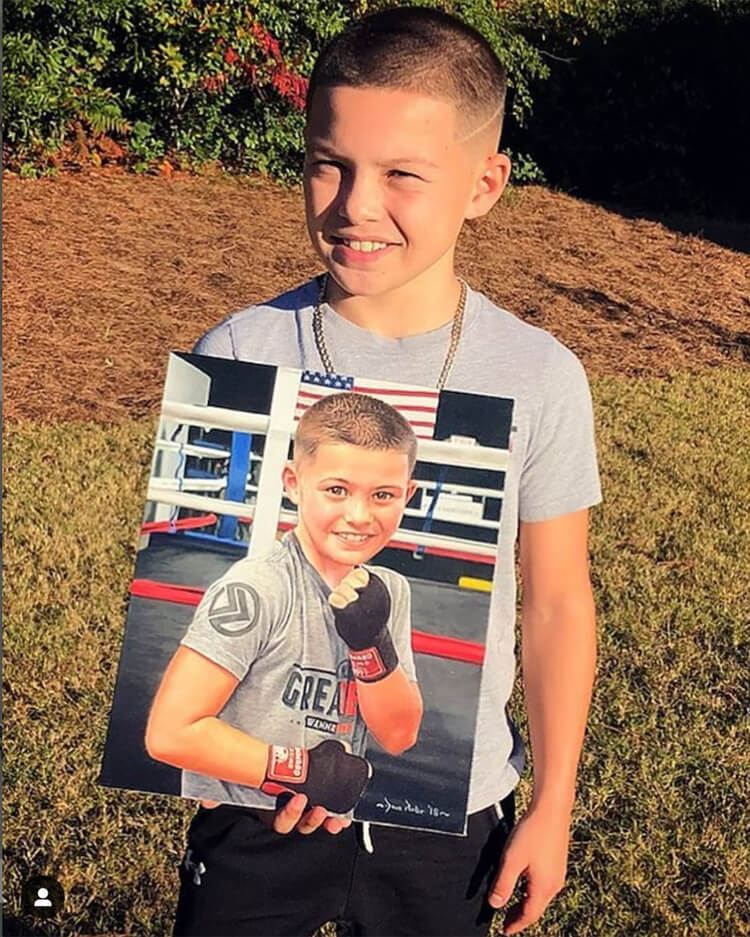